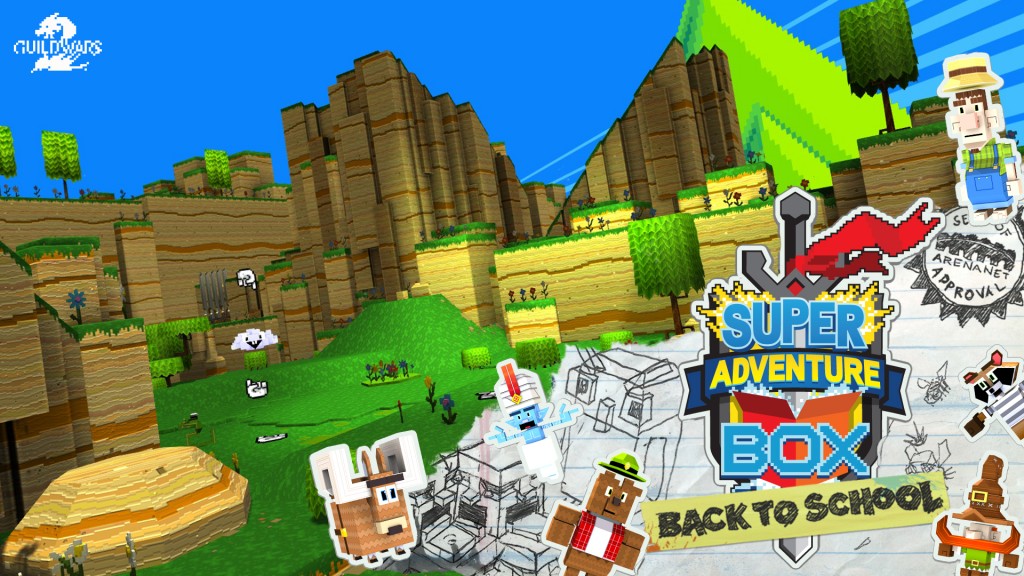 ArenaNet just announced that the Super Adventure Box will return to Tyria next week, on September 3rd, with new patch Back to School.

Super Adventure Box originated as an April Fools’ Day joke earlier this year, but quickly became a fan favorite with its pixelated 3D graphics, retro music and nostalgic gameplay that stirred memories of video games from yesteryear. Designed in-game by Moto, a crafty asura, to be a virtual reality simulator to educate the younger generation, Super Adventure Box will take players back to school with new and more difficult challenges.

Players can get an early look at the update by joining a livestream with ArenaNet developers on Tuesday, Sept. 3, at noon (PDT) on the Guild Wars 2 Twitch channel.