Once you speak to Ellen Kiel and start Aspect Arena event, jump down and run through Aspect gates to select a Sun, Wind or Lighting skill set. Each Aspect grants you different skills to maneuver and fight. Your aim is to collect Crystals and return them to charge your conduits. Each round lasts 5 minutes, once time’s up, the team with the highest score wins.

Talk to Captain Ellen Kiel to participate in arena. 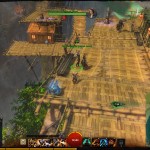 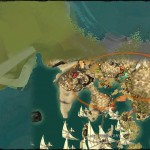 Sun Skills are for players who want to keep distance during the fight, poke guys from far away, burn them up with sunlight attacks.

Wind Skills – are movement based attacks that can lift you up very high or help you escape faster. Wind Swirl skill can make devastating damage. When you throw swirl of wind out at your enemy, and if it hits him, he’ll bounce back towards you, and if you catch him, spike it back and make huge damage.

Earn karma and coins for each round you play, plus a rare chance at an exclusive Zephyr Rucksack Back Item. 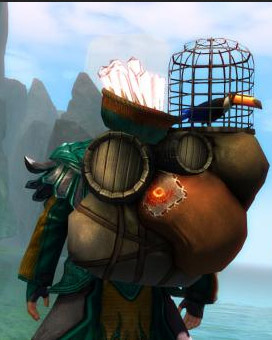