The nefarious villain, Scarlet Briar, has made herself known to Tyria! Chaos ensues as she unleashes her clockwork minions across the world.
To start Clockwork Chaos, enter story instance inside The Crown Pavilion. Instance is quite easy, you need to disarm bombs and at the end to kill Veteran Twisted Nightmare.
At the end you get Closing Ceremony Attendee and Holographic Communicator which is needed for further progress. 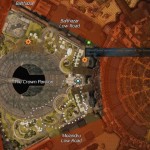 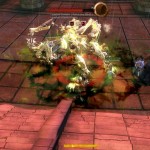 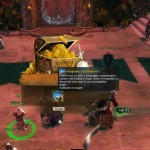 After you finish story instance you should check out your clockwork Chaos box, at the top right corner of your screen, to see where invasion is taking place at the moment, it occurs every hour in game. They can take place on any map except zones below 25 level.
Invaded map has three waves of invasion, and you are time limited to 45 minutes to close all portals. Upon defeating each wave Scarlet spawns either Aetherblade or Molten Alliance reinforcement.
Invaders are marked on the map with red circle. Aaetherblade pirates map notification has with red fan icon and molten alliance map notification has crossed mining picks icon. 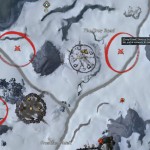 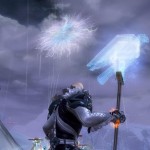 From time to time Scarlet spawns tree type of bosses around portal, by defeating them you get achievement for each boss. 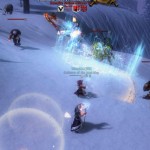 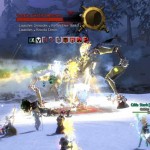 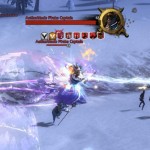 For each invasion you complete you receive a reward screen that grants you a choice of either 50 Twisted Watchwork Shoulder Scraps or 5 Scarlet’s Secret Stash . In addition, you get Deluxe Gear Boxes, Embroidered Coin Purses and Elaborate Ritualist Bags.
This rewards are account bound, and can be aquired multiple times per day, but on different invasion maps from the previous one. 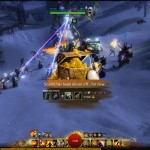