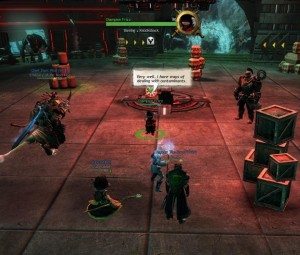 Champion Frizz fight consists of three phases. While the first phase is quite easy and demands a couple of things that you should be aware off, the second and the third ones are real trouble.

During the first phase, you should kill a couple of adds while defeating Champion Frizz. This phase lasts until Champion Frizz reaches around 70% of his health pool.

In this phase Frizz will move in the center of the room and protect himself with electric shield which prevents any incoming damage. At the opposite sides of the shield two laser sticks will appear. Laser beams move slowly counterclockwise around the room toward the wall, almost downing people on contact. In order to avoid these lasers you need either to move with it, or to jump on the top of the crates in the room. To make things even more harder, Champion Frizz summons Golems which can pull you to them and possible laser beams. 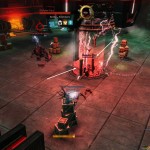 Prepare yourself for incoming Laser Beam. 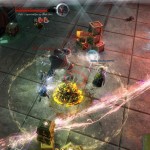 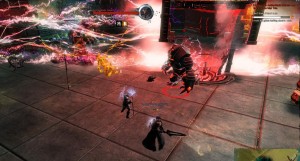