GW2 Guild Missions are open-world content specifically designed for guilds. After the first month, it was obvious that small guilds had problems in unlocking some Guild Missions’ Categories. With this problem in mind, ArenaNet decided to add additional changes by introducing the Bounty Hunt training mission for small guilds.

One of the most exciting aspects of the guild mission feature is our ability to add completely new types of missions. And while the sky’s the limit on what these new types could be, this month we set our sights on something much closer to the ground level: the Bounty Hunt training mission.

This mission is designed to provide small and casual guilds with an avenue for accessing and unlocking guild content. The objective is simple: defeat one bounty target within fifteen minutes. Make no mistake, this is still very much a group activity, as tracking and defeating even a single bounty is no trivial task. Those players who belong to a one-person guild may still have to join forces with some other players for at least a limited run.

An important detail to note is that the Bounty Hunt training mission is automatically available to be built once the guild has researched Art of War Level 3. It costs 300 Guild Influence and 72 hours of research time. Instead of Guild Merits, 3000 Guild Influence will be rewarded. This ought to be perfect for the smaller or less active guild that can’t earn at least 1000 Influence a day.

The Tyrian authorities are happy to report that guilds are hunting down hundreds of bounties every day. But the nefarious criminals of Tyria haven’t been deterred, and now they’re hitting back hard. This month we’re bringing you three new bounty hunt targets that are more insidious, more deadly, and more elusive than ever before. Take a look at this bit of intel, if only so you’re not caught completely off guard when you have to adapt your strategy: 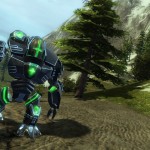 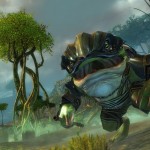 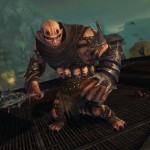 Extending guild missions isn’t limited to just content. We aim to improve rewards as well. To that end, a completely new set of weapons has been commissioned and made available at the Guild Commendation vendor.

Aside from new content and minor bug fixes, we’re also making as many incremental improvements to the usability of Guild Missions in general. For example, mission activation, success, and failure are now displayed in your guild’s history. We’ve also updated the descriptions of many bounty hunt targets for accuracy. Stay tuned for more to come in this department.