Home » back to school » GW2 Major in Enhancement Achievement Guide

2. Improved Shovel
At the end of Zone one, just before the 2nd to last Checkpoint, in the Shopkeeper house facing the zone 1 cage, you can find and buy Improved Shovel called Nice Scoop for 325 baubles. 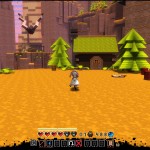 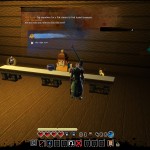 3. Wooden Whistle
Wooden Whistle can be learned inside the hidden room, right above the checkpoint 7. This hidden room (Hidden Rooms Zone 1) is accessible after jumping on the first wooden beam from the Checkpoint 7, riding down the river, then jumping on two rocks and sprout, you should end up at the end of waterfall river. Follow the path from there, and start climbing toward the mountain top. Jumping on mushroom, and 2 flowers, you should end up at the Shopkeeper House – hidden room.

Hidden room contains music notes that are revealed after your interaction with wooden object near fireplace. You can play this music notes 123123 with your wooden whistle in order to reveal bomb spots. If you do not pick up Wooden Whistle here, it can be learned on other places with music notes. 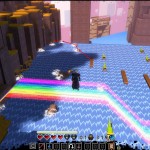 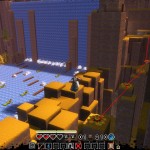 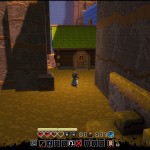 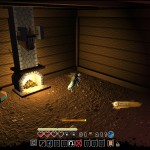 4. Push Hand Glove
This one comes as reward after defeating mini assassin boss. The one that blocks all attacks, and is vulnerable when the boss starts dropping boxes toward players. 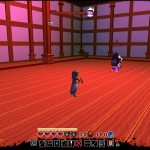 5. Chain Sticks
Chain sticks can be bought for 400 baubles, inside the hidden room (Hidden Rooms Zone 2), bellow the building with the Gong, between checkpoint 6 and 7. Use a bomb to make the entrance to the hidden room. Chain Sticks replace skill number one, they are much faster and make more damage. 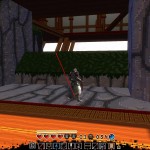 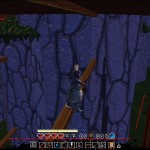 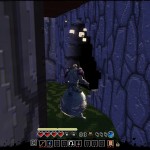 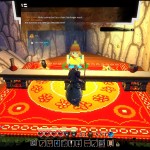 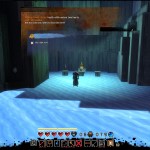 7. Improved Torch
Inside the cave right after the start in Zone 3, there is a Torch for 400 baubles, that replaces your candle. You can burn frozen waterfalls and reveal hidden passages with it. 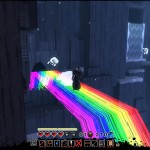 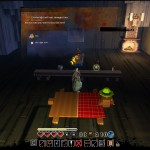 8. Bauble Tote Bag
From the checkpoint 1, jump down, toward the yellow bauble. Heading forward, turn left at the first crossroad, left again soon after. On the wall to the left, you should find a hidden spot, where you can throw a bomb. In the hidden room you will find a Bauble Tote Bag FOR 500 baubles. In Bauble Tote Bag you are allowed to carry up to 750 baubles. 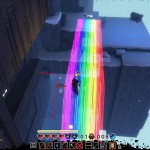 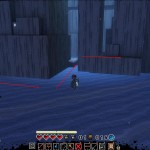 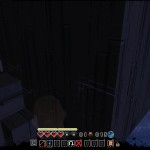 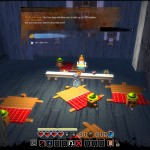 9. Moto’s Finger
New ultimate ability hidden inside a hidden room. This hidden room can be found in a foggy area in zone 3. Turn right after you melt down the only frozen waterfall in this area, and after jumping on a low visible clouds in the distance, make your way to the wall with 3 clouds. In order to open the secret area, you should quickly use your whistle as soon as you step on one of these three clouds and play a song 332331. This song can be learned in the hidden room 9 in Zone 2 (Hidden Rooms Zone 2). 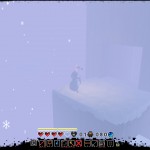 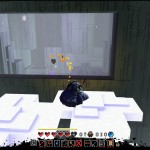 End goal (you can see starting position from here). 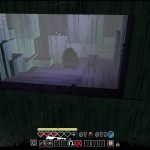 10. Hearth Container
Comes as a reward after defeating the last boss in Zone 3. 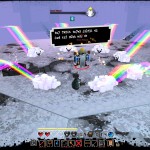 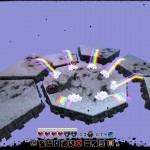 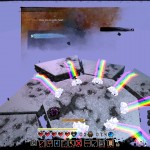