GW2 Southsun Survival is a mini game introduced with the latest GW2 game update Cutthroat Politics. If you watched the movie or read the book “The Hunger Games”, you will like this mini game as well. Up to 20 players will be dropped into Southsun Cove with only a bow with which to survive. Scavenge for supplies and kill other Survivors to become the last one standing and secure your victory.

How, Where to start?

Talk with Evon Gnashblade inside the Labyrinthine Cliffs area, in order to start this mini game. 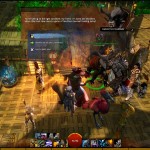 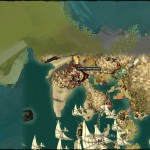 When the event starts you will find limited resources around big bone fire, in Southsun Cove, like arrow, rations, camouflage kit, throwing dagger, alarm trap and more. After 3-5 seconds, you can run and try to collect these rations and face many enemies in close combat, or just run away and try to find rations on other places.

Goal of Southsun Survival is to survive 15 minutes. This is rather difficult due to couple of aggravating circumstances. Your 1 000 health pool for example is depleting constantly, this makes hiding at one spot almost impossible since you should look for rations that can be used for your healing skill. Every resource you use, depletes one of the same resource. You can see their numbers above the skills, to the right from large circle health bubble. Resources are at the open, or hidden inside rations fruit bushes, or supply camps. The creatures of Southsun Cove slowly move in from the beaches, be sure to check the status of a camp before you enter or you may find a deadly serving of karka.

If you die during the first 2 minutes you will be able to resurrect again, but after that, your death will cause revenge spirit form – Mist Walkers, that no one else but other revenge spirit form players can see. Once in this form, there are still things to do. Collecting revenge motes is one of these things. Collecting them allow you to use one of the five skills, like:

This actions counts toward end match board and your score.

There is an achievement called Survival Survivor associated with Southsun Survival minigame.

There is a chance for rare reward, new back piece, the Desert Rose, beside other rewards that come in chest upon completing Southsun Survival, just like Support Tokens, Bag of Coins, Liquid Karma cans. 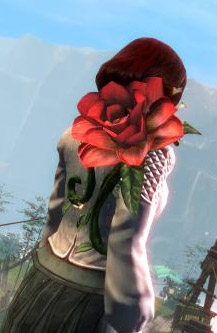