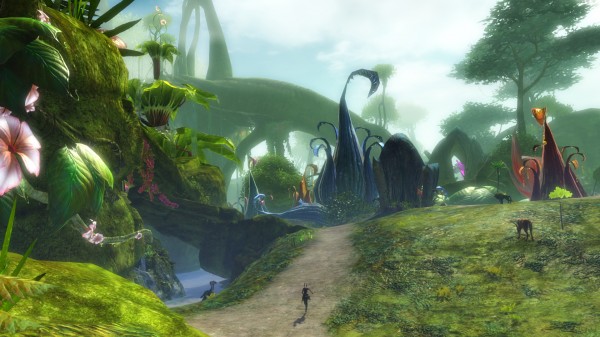 ArenaNet announced on the official blog that Guild Wars 2 fans will be able for the first time to play Asura and Sylvari races:

For our final Beta Weekend Event (July 20-22), we’re making the asura and sylvari races available to beta players for the first time. Players will be able to create characters from any of the five main races of Tyria—human, norn, charr, asura, and sylvari—and begin their Guild Wars 2 experience in any of the five radically different home regions.

For asura players, this means beginning your tale in Metrica Province, a vivid, exotic jungle area full of high-tech laboratories, quirky golems, and competing krewes of mad scientists. Nearby, the massive monoliths of the asuran capital Rata Sum hum with technomagical power. These diminutive geniuses may seem cute at first glance, but never underestimate an asura…

Sylvari players begin their story in the Grove, a luminous living city nestled in the shade of the Pale Tree, the “mother” of every member of this young race of plant humanoids. The sylvari are an enigmatic race of chivalrous explorers who are driven by an insatiable curiosity and guided by a collective Dream.